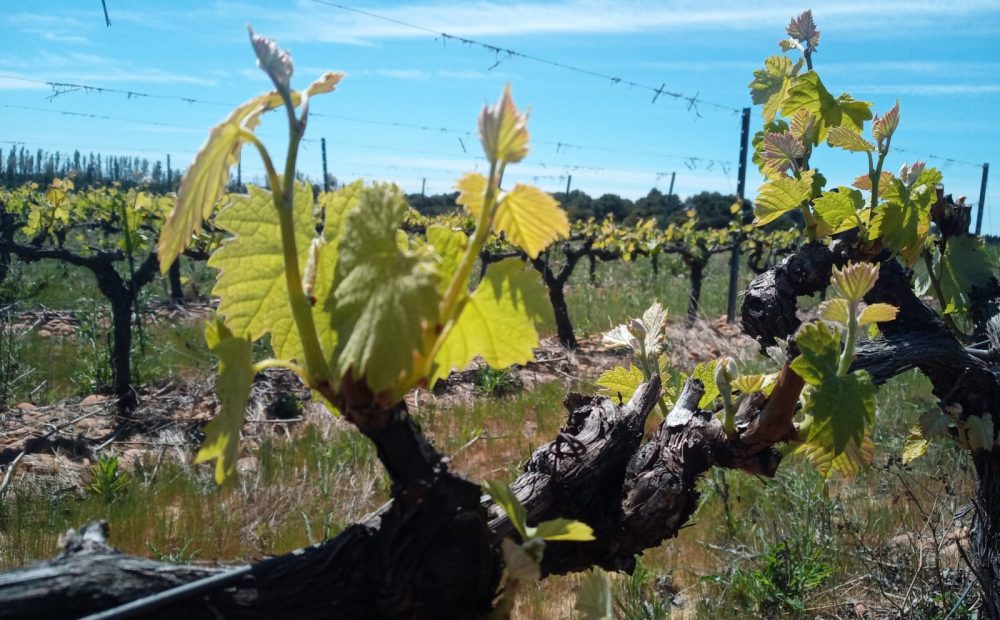 A year in the vineyard: leafing

EXIT OF THE FIRST LEAVES AT THE CHÂTEAU DES SOURCES

The mistral has been invited in recent days in the northern and southern Rhone Valley, bringing a freshness that was thought almost forgotten, with the mild weather of the first quarter. But this freshness, quite relative, which made us fear some nocturnal frosts, did not prevent the continuation of the vegetative cycle of the vine, and the first leaves to appear here and there. Here comes the time of the leafing.

This period is therefore the transition from the bud stage to the new shoot stage, where the first leaves appear by definition. First one, then two to three spread leaves … This is an important stage in the cycle of the vine, because the appearance of the leaves, which will develop, constitute the vital organs of the vine. It is the seat of photosynthesis that focuses biochemical and photochemical reactions.

They allow the formation of the green organs of the plant, which will be used for its development, that of fruits and their enrichments in sugar.

The Château des Sources is no exception to the rule. Thus, we already observe the first shoots, which indicate that the vine is awake and ready to give the best of itself.

Thus, this competition focuses on the internationalization of tastings: in Europe, Asia, South Africa and America. The competition has been able to adapt and create a range of rewards adapted to different markets.

Our “Petit Cochonnet” range is therefore in the spotlight this year, on the occasion of the publication of the results of the Gilbert & Gaillard tastings for IGP wines.

Have a good tasting !